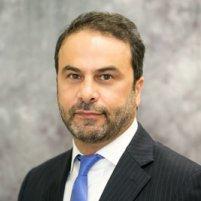 If you swing between moods of depression and manic euphoria, you may have a bipolar disorder. At Allied Psychiatry & Mental Health in Newport Beach, California, board-certified psychiatrist Hadi Estakhri, MD, provides patient-focused, expert treatments to manage your symptoms and help you lead a healthy and fulfilling life. Call Allied Psychiatry & Mental Health or schedule an appointment online today.

What is bipolar disorder?

Formerly known as manic depression, bipolar disorder is a mental health condition that causes severe and dramatic swings between euphoric and depressed moods. The symptoms of both your depressed and manic episodes are disruptive and impact your quality of life.

The three primary types of bipolar disorder are: bipolar I, bipolar II, and cyclothymic disorder.

Bipolar I disorder causes dramatic swings between depressed and manic episodes. You may have periods of normal moods in between the extremes.

Bipolar II also causes severe mood swings between depression and mania. However, your manic symptoms are classified as hypomanic and aren’t quite as intense as those experienced by people with bipolar I.

Cyclothymic disorder is the mildest form of bipolar disorder. Your mood swings are relatively constant, but your emotional ups and downs aren’t nearly as intense as those caused by bipolar I or II. Cyclothymic disorder is usually diagnosed if you’ve had two years of disruptive mood swings but your symptoms don’t meet the criteria for bipolar I or II.

What are the symptoms of bipolar disorder?

Bipolar disorder causes both depressive and manic symptoms. Some of the common depressive symptoms include:

Manic episodes cause symptoms that include:

How is bipolar disorder treated?

Dr. Estakhri provides a comprehensive assessment to diagnose your condition before creating a customized treatment plan to regulate your moods, reduce your symptoms, and improve your quality of life.

We provide expert care to clients in all stages of life, and are skilled in the screening, assessment, and treatment of the following conditions: